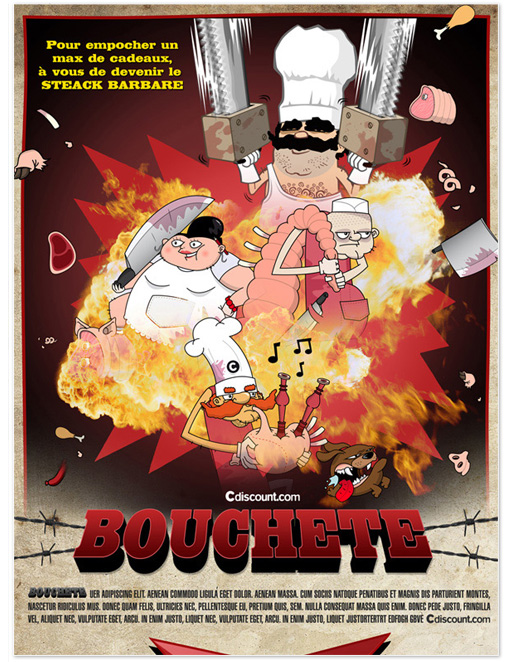 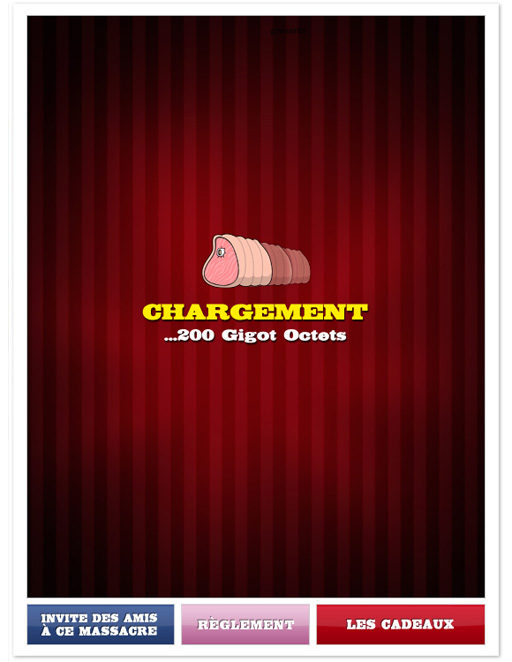 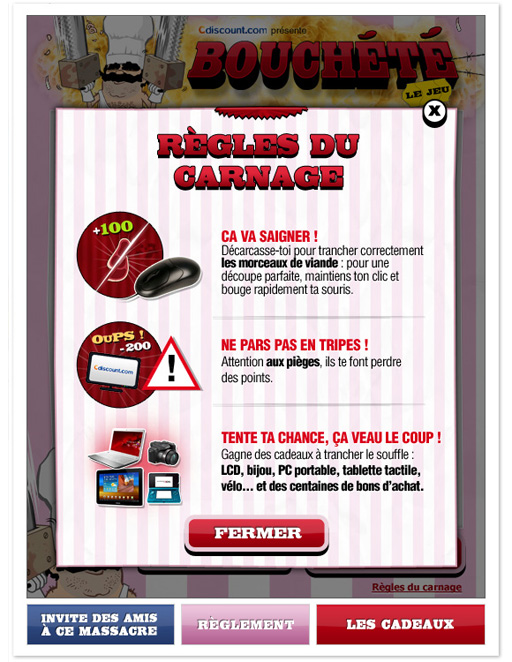 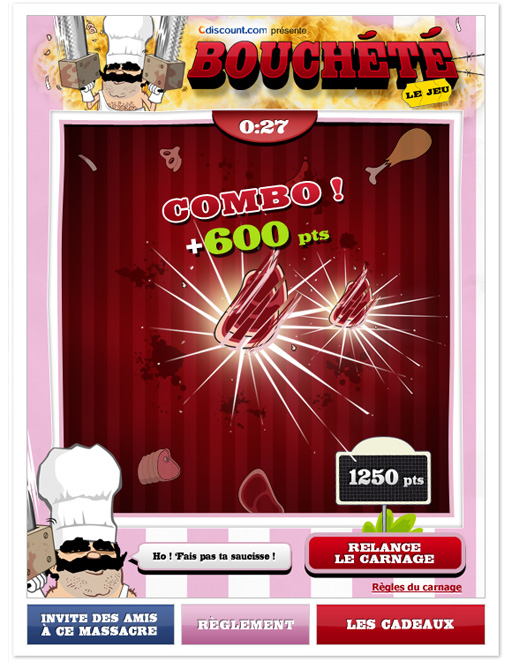 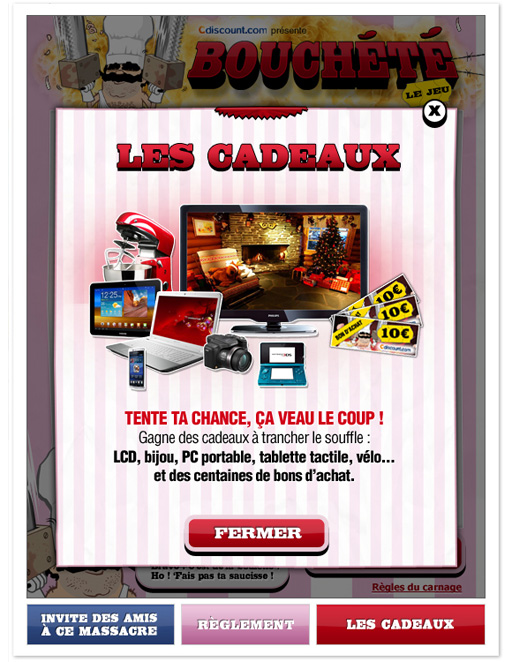 The first goal was to support the discount event named “La Grande Boucherie” (ad campain assisted by a viral video). The second goal was to recruite new customers and increase the mailing list database.

On this project, I was the art director responsible for call for tender proposal, final product design (co working with a copywriter) and production. I had to solve several challenges  :